I always enjoyed games that let you create something. When I was a child I started building things using Lego, later I discovered Sim City and other building strategy computer games. I also like games which allow you to freely move around a virtual world. Another kind of games I enjoy are flight and space simulations. Kerbal Space Program (KSP) is the combination of all that. 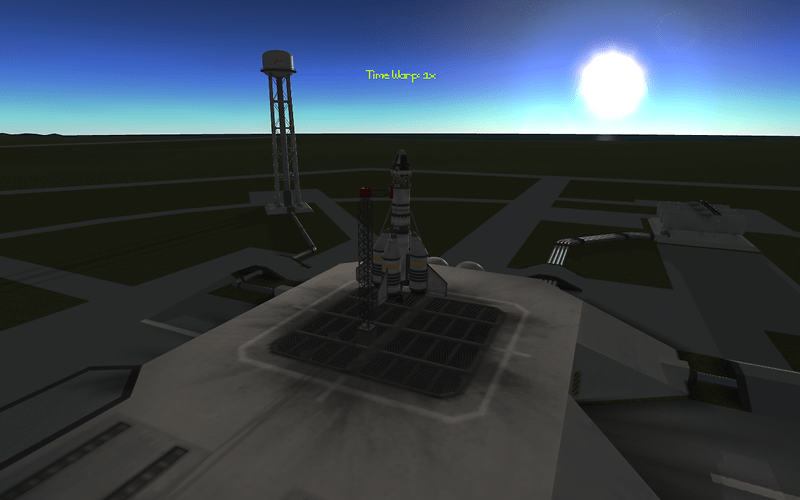 At first you start out with very small craft - this one is able to bring one Kerbal to orbit and return him safely.

In order to deal with physics, you have to take into account things like craft mass, engine thrust, engine efficiency, center of mass and aerodynamics. You quickly learn how to build your space craft using multiple stages to increase efficiency. In the beginning your craft won’t go very far and won’t even reach the edge of space. Once you made it to space you learn about orbits. Orbital physics are not too complex and you will quickly understand them, but for people who live on the surface of a planet they are not intuitive.

After a bit of playing I started to copy proven human mission designs because those also worked very will on Kerbin. This is the Kerbal version of a Saturn V rocket able to take three Kerbals to Mun, the moon the Kerbin. The rocket consists of a capsule able to return to Kerbin, a Mun lander and a total of 4 rocket stages. Mun 11 was my first successful crew landing on the Mun.

From there you can make one step after another in your exploration of the solar system. You can learn how to dock space craft in orbit, build orbital stations, travel to Kerbin’s moons and later explore the other planets in the solar system. Each planet has unique characteristics - most of them somewhat similar to the planets in our solar system.

You can either perform remote-controlled or crewed missions. Crewed missions result in much higher science points. Science points allow you to unlock better parts needed for bigger missions. However if you send a crew you have to take good care of it to ensure their survival. Also, automatic missions will usually be one-way while crews want to get home after the mission - so you have to pack enough resources for the trip back as well. 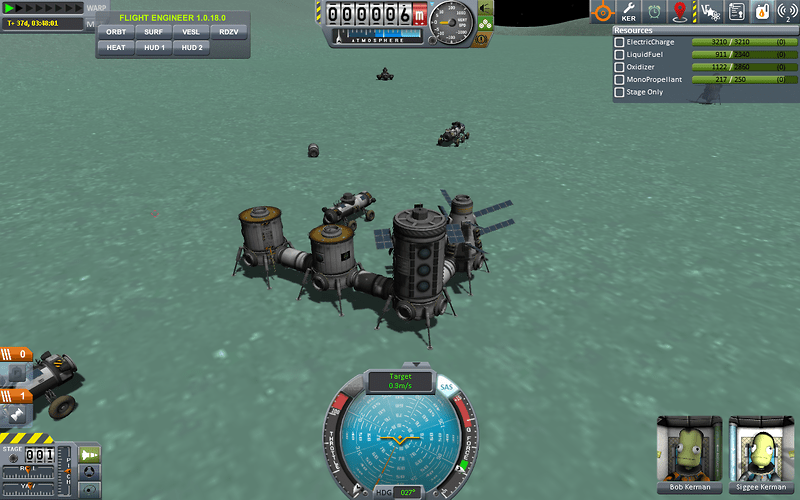 Building bases on other planets is also a possiblity in KSP. They can help with managing supplies or are needed to fulfill contracts.

There are no aliens or fighting in Kerbal Space Program. There is also no final goal you have to reach, there are only the goals that you set for yourself. This makes the game highly addictive - once you reached a goal you want to take the next logical step. Some players have created amazing missions and built huge self-sustaining bases on other planets. KSP has a huge community of players and modders so you never run out of ideas for missions.

As you get better and better at KSP, you are able to reach new destinations. Here are some pictures of my first crewed mission to Duna, KSP's equivalent of Mars. The mission was very complex and included building a base on the surface, sending rovers and backup crafts.

If you are interested in learning more about space in a fun game I can only highly recommend Kerbal Space Program. I am now playing occasionally for several years and it never ceases to fascinate me.